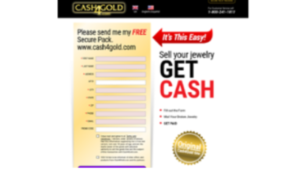 Will you make good money through selling your unwanted jewelry, or just get ripped off:

Cash4Gold is a famous mail-in refinery company, that enables people to sell their jewelry for cash, from home. This is a well-known company too, by the way. Many people know it through TV commercials, or magazine ads. The company promises excellent services, and a reasonable amount of pay out to it’s customers, for their valuable item’s. Let’s see if the money is really as good as it advertises, or of it’s just another ugly scam, with a cute face.. 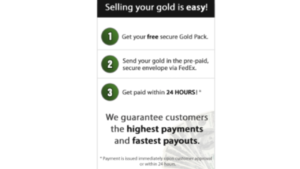 Cash4Gold, is a company that buys precious metals and diamond’s, all shipped and received through the U.S mailing, Postal Service. This company accepts broken, used, and unused gold, silver, diamond’s, and platinum. Once the jewelryies received, the company determines the value of your item’s, and offers you a determined amount of cash. You may either accept the money, or reject it, and request to receive your valuables back.

You can access Cash4Gold online, or by telephone, to sell your jewelry. The company sends you an insured envelope, which is also known as a,”Refiner’s Pack”. The customer then places their unwanted jewelry inside the envelope, before returning it back to the company’s return address. Once the company receives the envelope back, an employee from the Gold4Cash company, exams the merchandise thru a detailed, step by step process. They weigh the items, and photograph them. 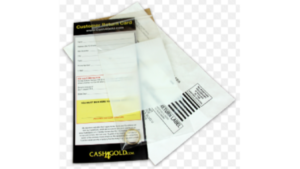 After this is done, they then check the quality of the gold in great detail, through using various jeweler tools, including using a fancy small magnifying glass. Once the jewelry is approved, the company would then send you a check for your item’s. The check could be sent to your address of choice, or one can ask for a direct deposit. The customer has 10 days from the date on the check to decline the offer, and request for the return of their jewelry. However direct deposit isn’t refundable.

Cash4Gold is a US based company, that was started by Jeff Aronson in April, 2007.The company’s headquarters is located in Florida. The business idea of the company, was based on the belief that customers would prefer to sell their items through the mail, due to the anonymity of using a Refiner’s Pack. From this great idea, the company initially experienced rapid growth in the buying/trading gold business. But later on, it could not live up to it’s promises. It had to filed for bankruptcy and in 2012, was purchased by a company called, “Direct Holdings Global”. 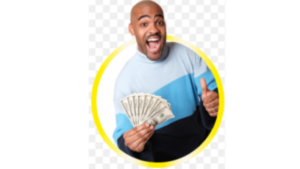 Has it been a success?

Cash4Gold was deemed as a highly successful business when it started out. As time went on, it seemed like the complete opposite. The company faced troubles, due to various complaints that were being reported by it’s customer’s. Complaints about sending in your unwanted gold, and receiving a way smaller amount than expected. Or even worse, not getting paid or receiving anything back at all.

Click Here, to read more reported complaints, or to make a complaint yourself!

Cash4Gold also faced various lawsuits, due to it’s questionable practices. The company had spent tons of money on advertising, including expensive commercials. The company was doing great, but only in terms of generating it’s revenue. As in example in 2010, it was receiving more than 48 kg gold per day.

But regardless of this, (getting back to their financial troubles), Cash4Gold still faced a lot of criticism from customers, bloggers, and mainstream media houses, like CNN. On various blogs, and social media platforms, it was regarded as a scam. Because of these issues, the company was compelled to sell it’s assets. Cash4Gold declared bankruptcy in 2012. “Direct Holdings Global” bought Cash4Gold for a whopping $440,000. The new management then made several changes to the company’s operations, and it’s customer service center. 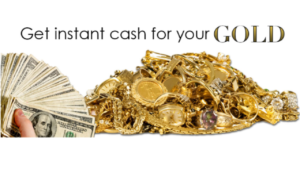 The company claims great deals and promises quality services to it’s customer’s. Let’s see some of the seemingly pros, and very noticeable con’s of using Cash4Gold. 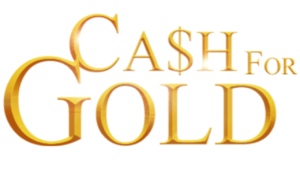 Cash4Gold is a very systematic scam. It has laid out it’s terms and services in such a way, that you  wouldn’t be able to deal with them, in fair terms. There are numerous customer’s who have filed complaints against the company, thru multiple online forums, including thru the Better Business Bureau. Therefore, I wouldn’t recommend Cash4Gold to people who want to make money selling their jewelry or gold, for cash. They should instead find another mail-in refinery company, or reach out to a local pawn shop owner around the way.

To sum it all up, Cash4gold is not well-paying, or honest at all. There have been numerous complaints about the company. The company has gotten negative reviews and ratings by it’s customers, and it’ss generally regarded as another scam. Just not a complete scam. Therefore it’ss better to run away from this company, then to run to it!

But other than that, would you happen to have something to say about your experience trading with “Cash4Gold”? Maybe something to add? If so, please feel free to leave a comment below. I would love to know what your point of view on all of this is! Thanks for checking out my post, and good luck with your success online!

If you enjoyed this article on, Cash4Gold being legit or a scam, please don’t limit yourself. Feel free to learn “all about” a different scam, marketing/money making strategy. Something like:

Get My Ads Scam Review